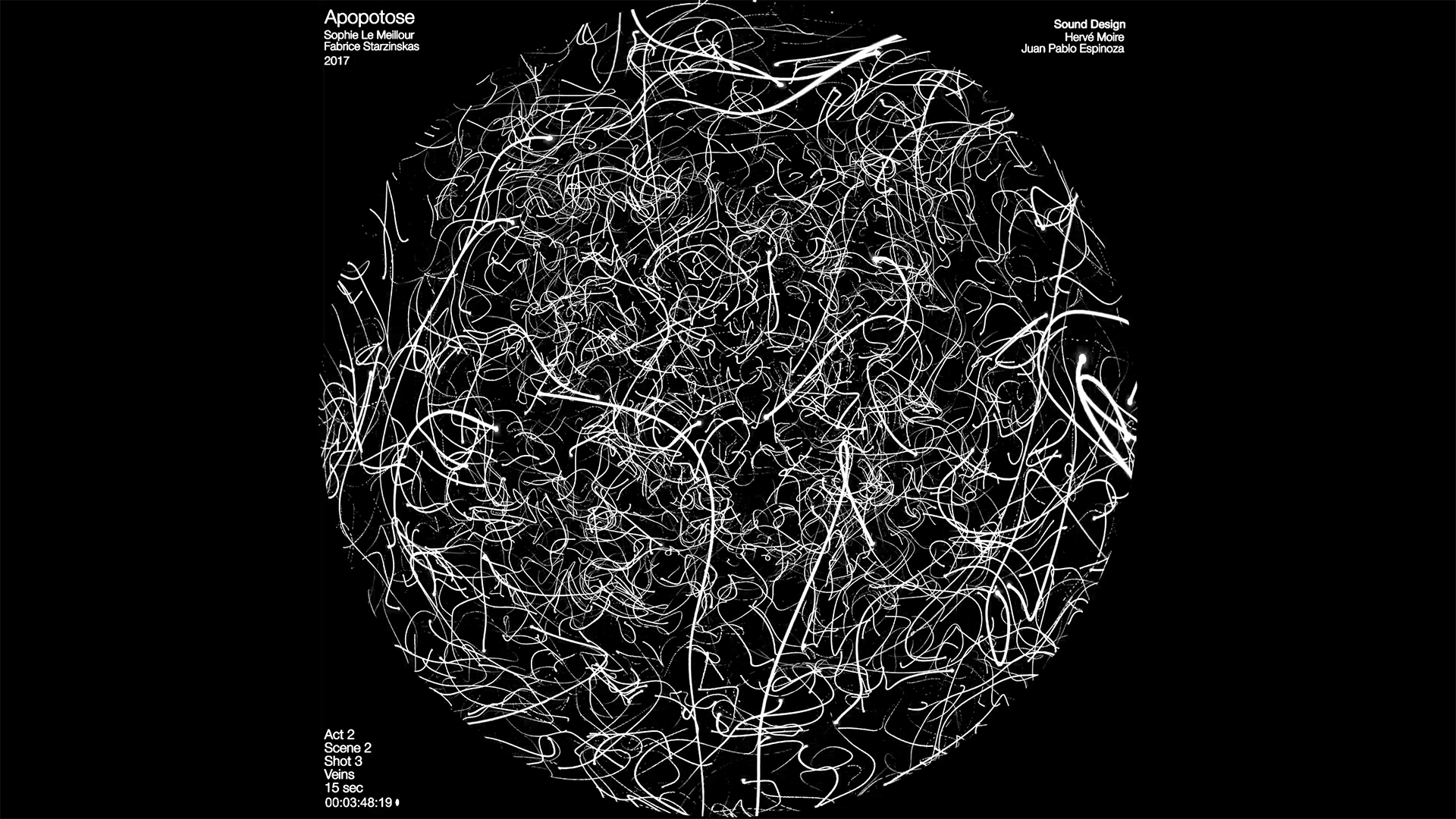 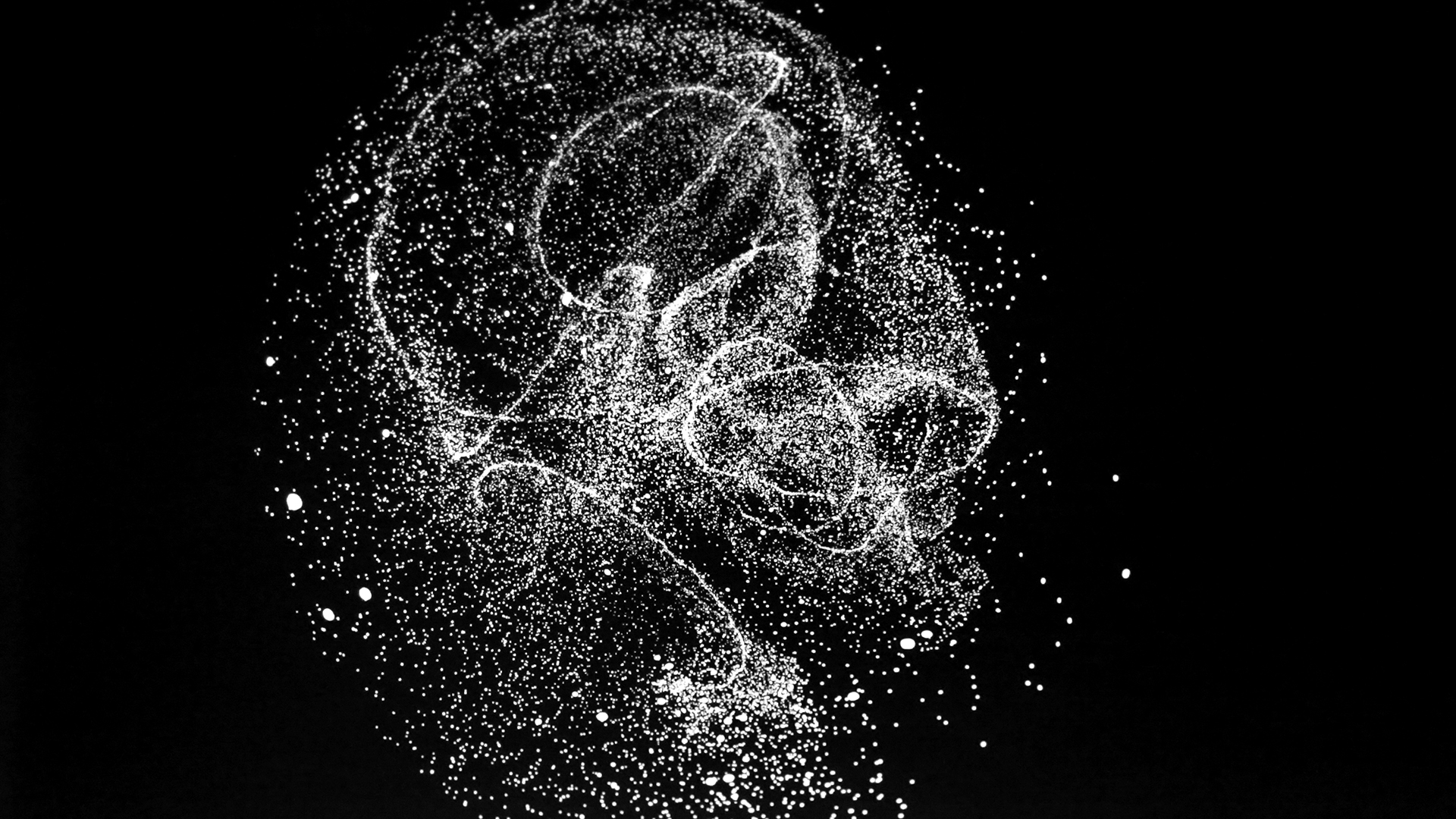 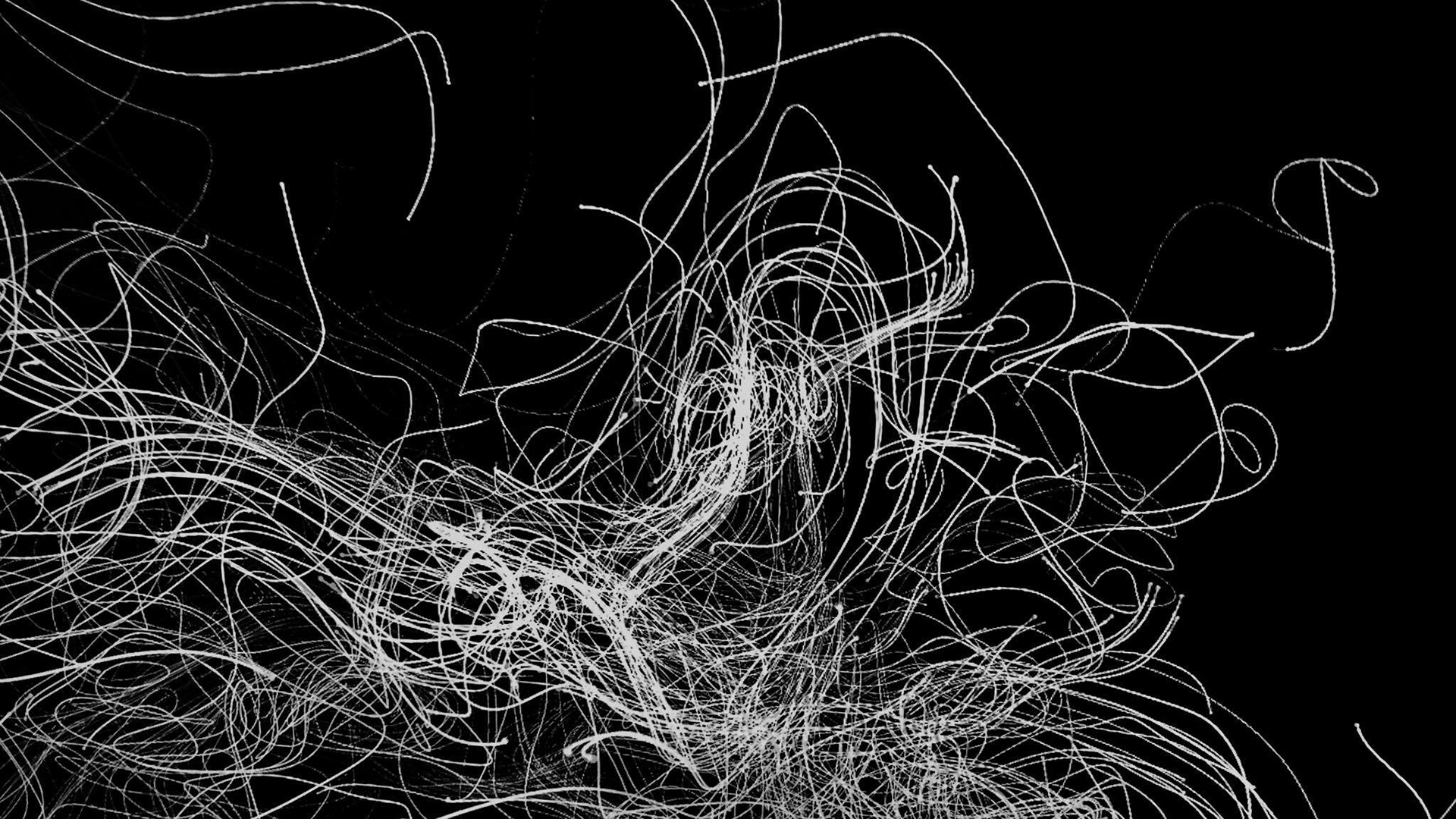 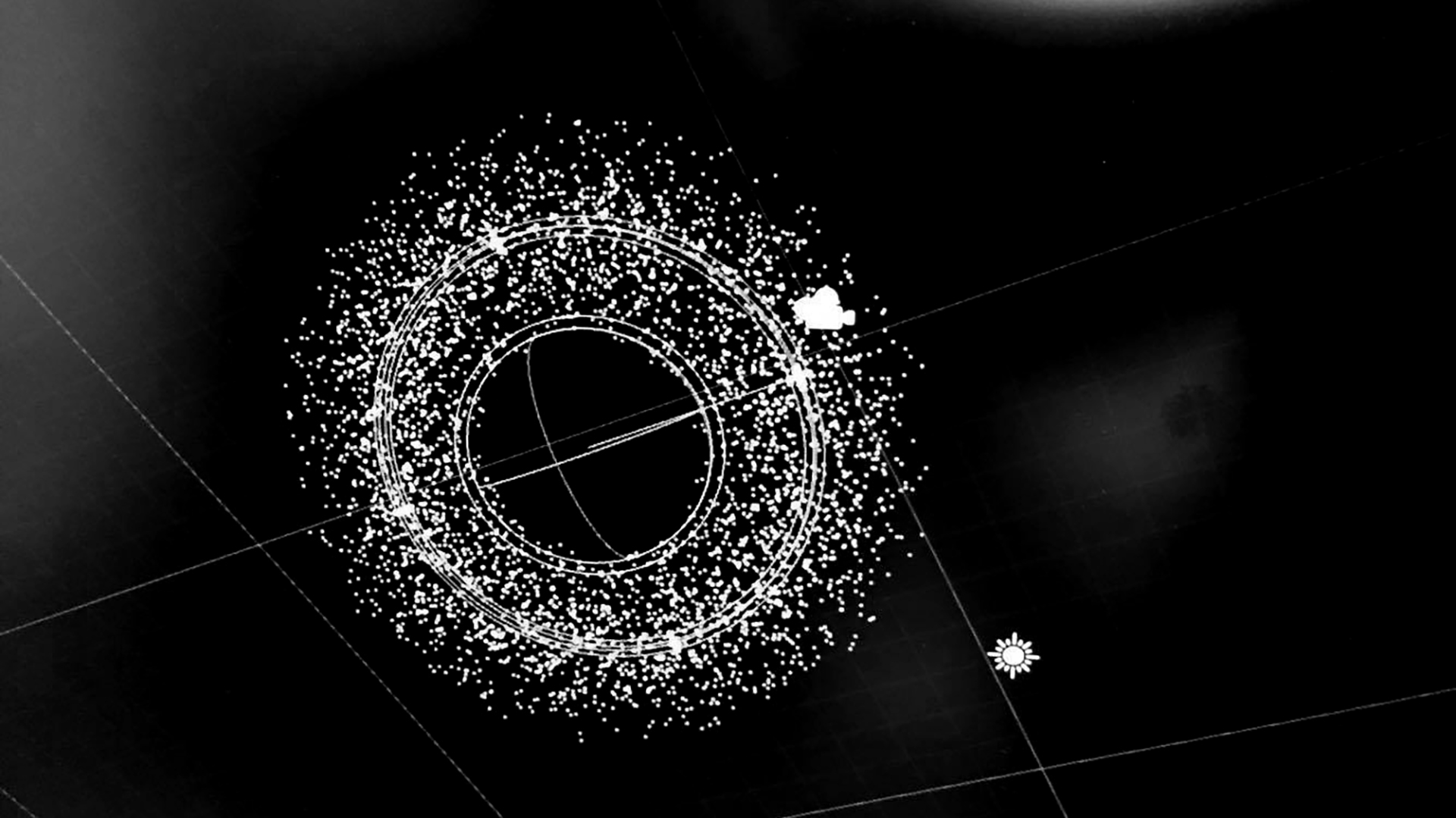 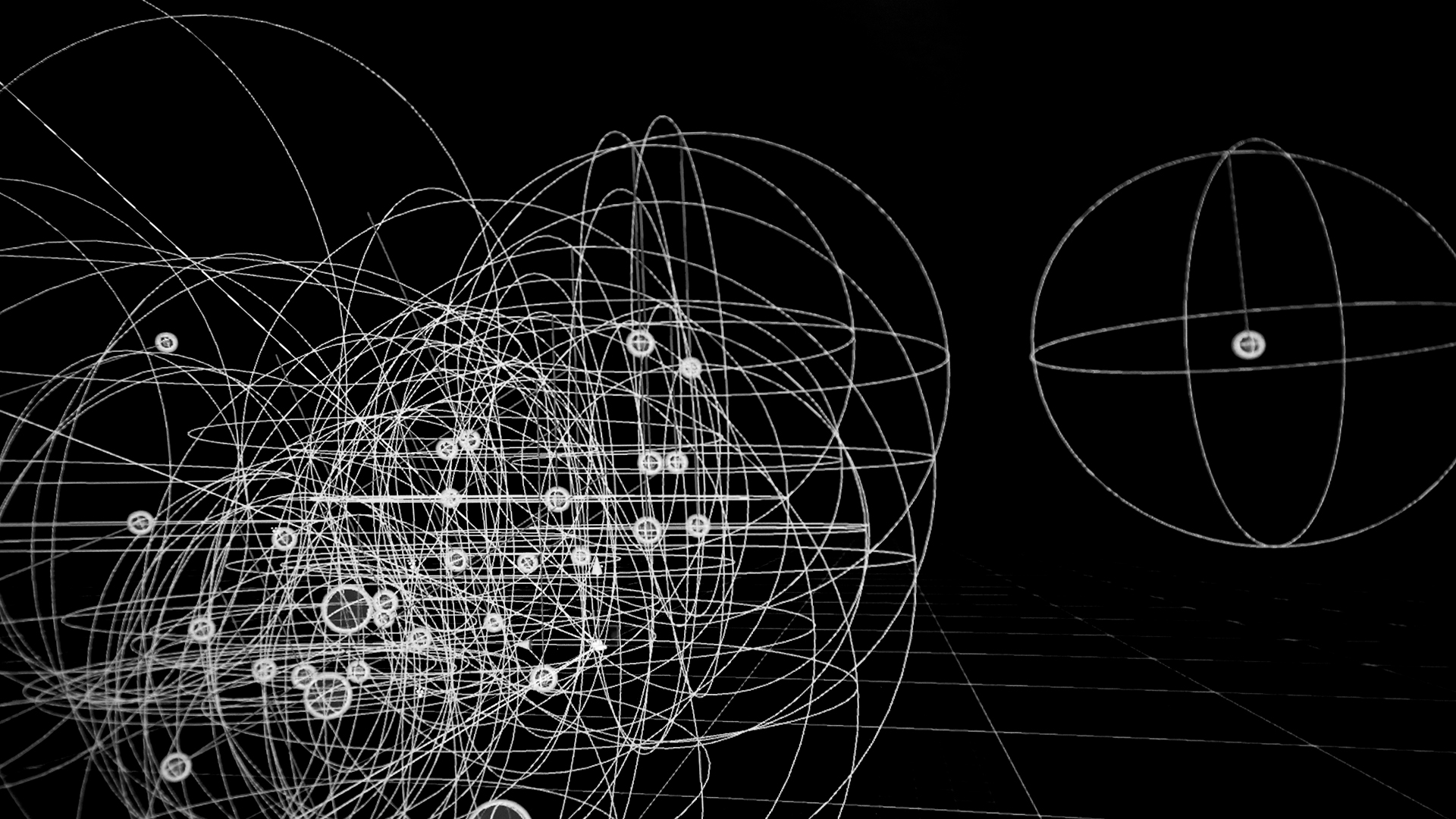 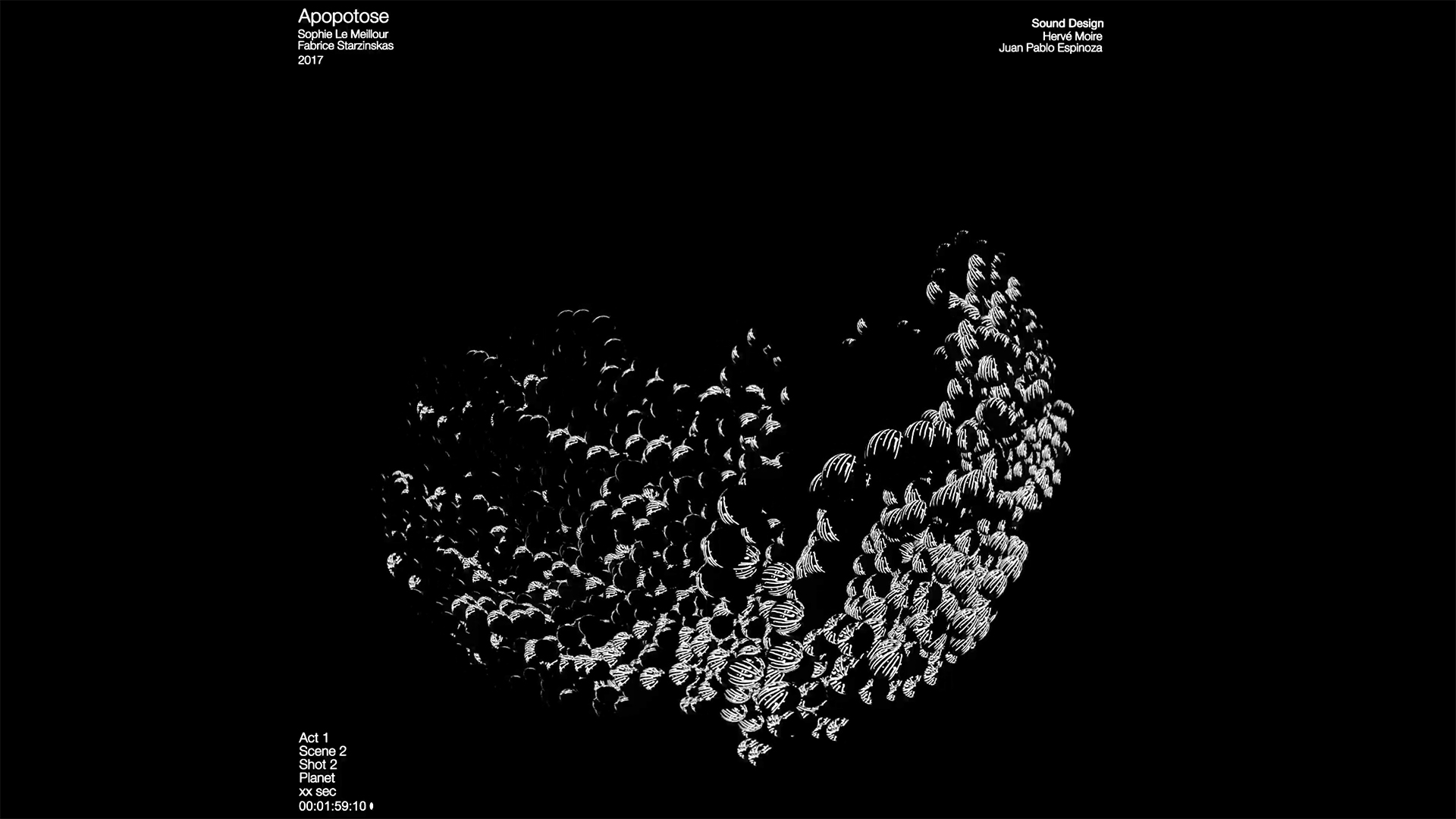 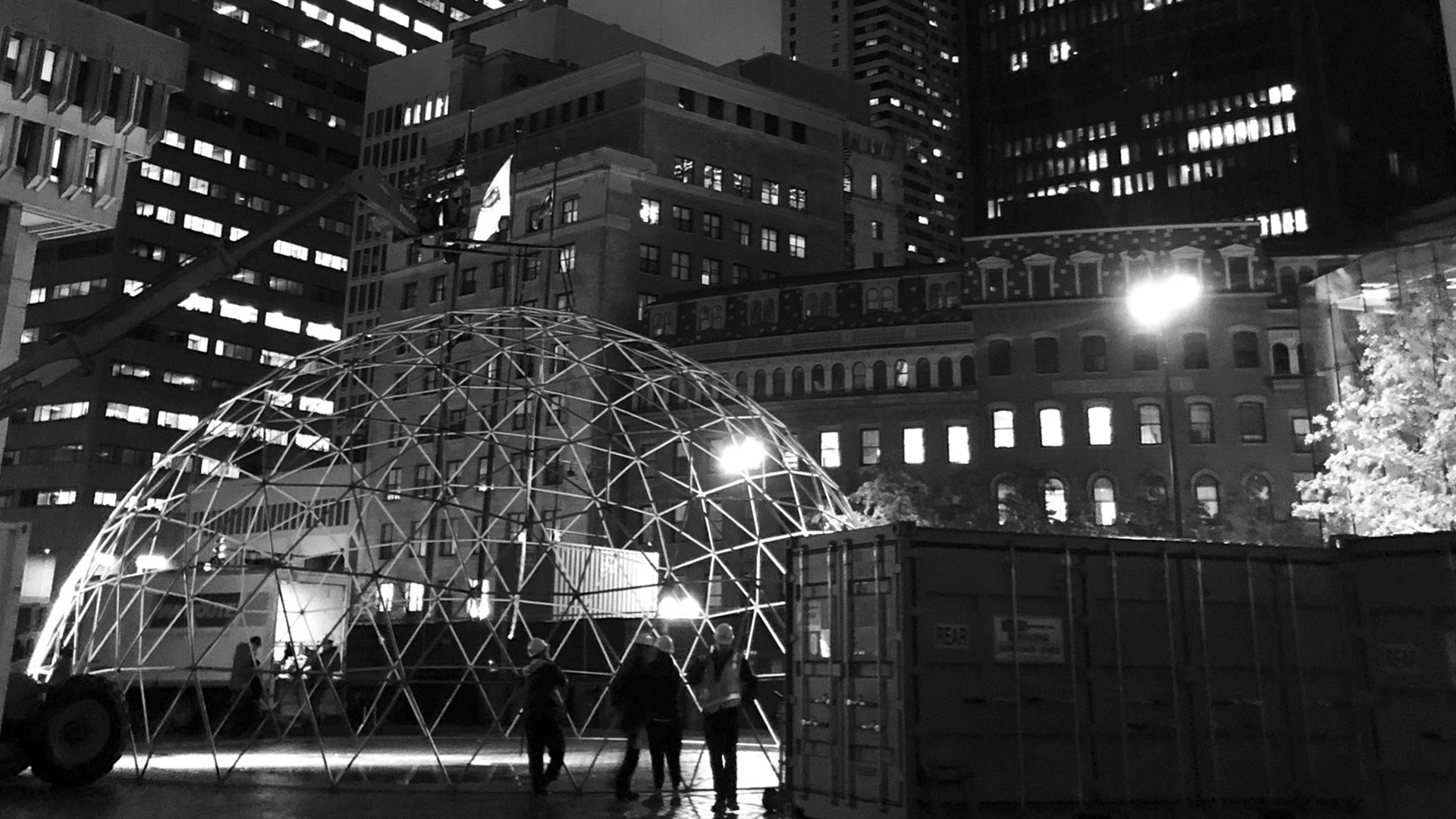 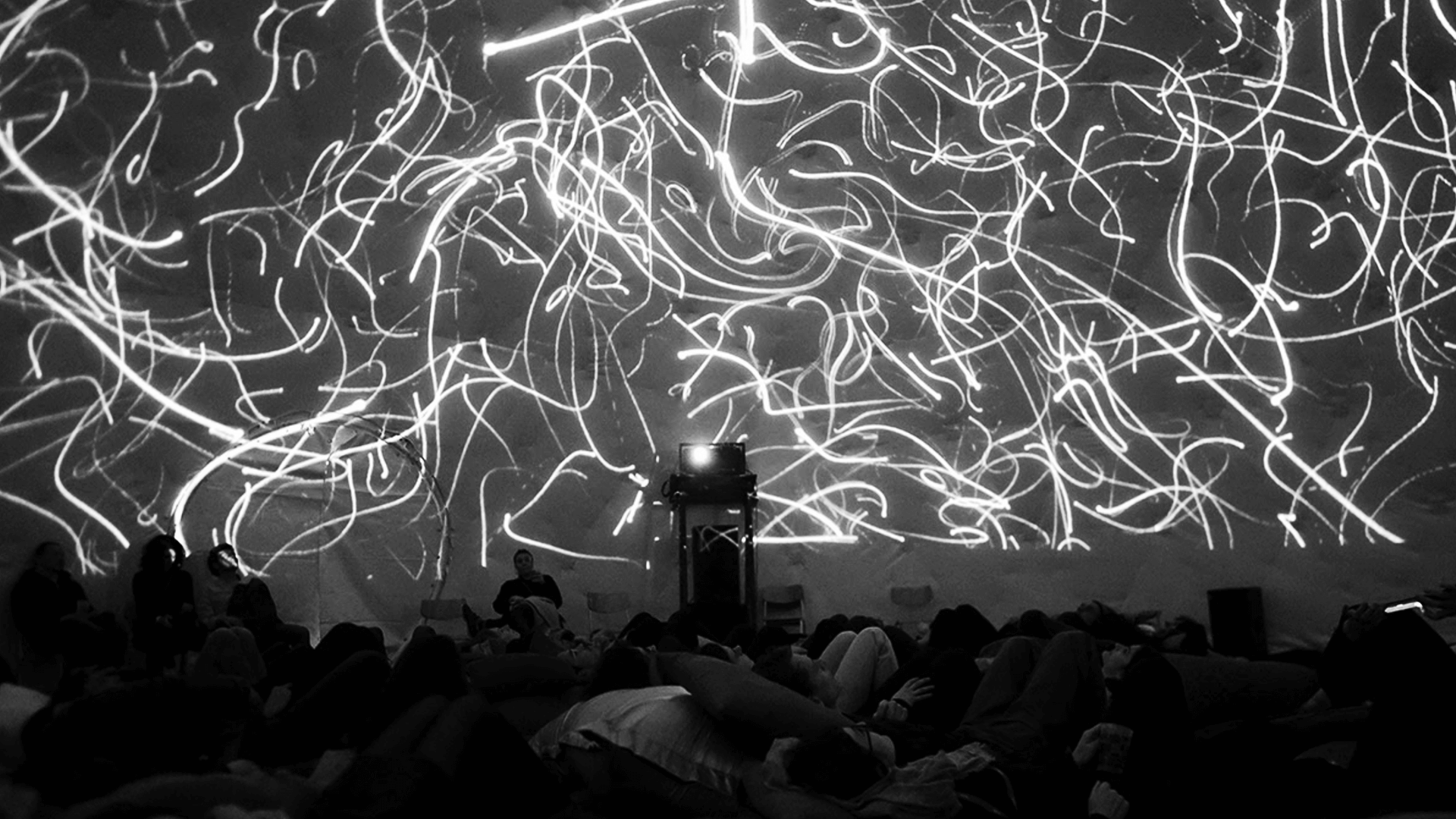 Apoptose refers to the process by which cells trigger their self destruction in response to a signal. This is one of the possible pathways of cell death which is necessary for the survival of multicellular organisms.

The first manifestation of this work is a fulldome 360° short movie, featuring an original soundtrack by Juan Pablo Espinoza & Hervé Moire, and aiming to explore new visual territories & techniques to go beyond the dominant 3D/shader dome aesthetics. The project was awarded by Swissnex Boston and Geneva Internationnal Film Festival (GIFF).

All this was made possible by François Moncarey, founder of Mysquare and self-taught builder of the ARK Dome, who convinced us to take part to the call for projects in the first place, on a sunny afternoon in Geneva. Timing was tight, but we jumped in. After a summer learning while doing, our efforts were rewarded the best possible way as Apoptose won the call for project, allowing us to screen it in Boston an Geneva domes.

Apoptose is currently being remastered on the perspective of a first session of screening in China, while we’re starting to investigate VR and MR versions. Anyone interested in learning more or curating the project can reach us here